A lot has been said about Aileen Wuornos, the cold blood woman who killed seven men in Florida between 1989 and 1990. Abused as a teen, deep damaged, and mentally disturbed, Aileen never allowed herself to be weak, until her last day in prison.

Written by Joseph Michael Reynolds -the Reuters reporter who initially broke the story, in 1990, Dead Ends is the firsthand account of Wuornos’s capture, trial, and sentencing to death by lethal injection, that goes deep down where nobody ever before.

When police in Florida’s Volusia County were called to investigate the murder of Richard Mallory, whose gunshot-ridden body had been found in the woods just north of Daytona Beach in December 1989, their search led them to a string of dead ends before the trail went cold six months later. During the spring and summer of 1990, the bodies of six more middle-aged white men were discovered—all in secluded areas near their abandoned vehicles, all but one shot dead with a .22 caliber pistol—and all without any suspects, motives, or leads.

The police speculated that the murders were connected, but they never anticipated what they’d soon discover: The killings were the work of a single culprit, Aileen Wuornos, one of the first women to ever fit the profile of a serial killer. With the cooperation of her former lover and accomplice, Tyria Moore, the police were able to solicit a confession from Wuornos about her months-long killing spree along Florida’s interstate highways. The nation was quickly swept up in the drama of her trial and the media dubbed her the “Damsel of Death” as horrifying details of her past as a prostitute and drifter emerged.

Someone once said “[..] how much suffering one person can inflict upon another before creating a monster”. Sometimes “monsters” are just people who need help. Aileen “Lee” Wournos needed help.

The Unspeakable Crimes of Dr. Petiot, by Thomas Maeder

Italian criminologist Cesare Lombroso (1835-1909) believed there was an association between physical characteristics and the innate tendency of individuals toward sociopathy and criminal behaviour.

Lombroso’s main idea was inspired -partly- by evolutionary and genetical studies, and proposed that certain criminals had physical evidence of an “atavistic” or hereditary sort, reminiscent of primitive stages of human evolution. These anomalies -called stigmata– could be expressed in terms of abnormal forms or dimensions of the skull and jaw, assymmetries in the face and in other parts of the body.

These associations were later shown to be highly inconsistent, and that’s when new theories based on the environmental causation of criminality became dominant.

Today studies show that serial killers and psychopaths can look extraordinarily ordinary on the outside. Jack Levin –director of the Brudnick Center on Violence and Conflict at Northeastern University in Boston– says that’s pure mythology that serial killers are loners or antisocial, and that most of those psychopaths may appear successful and perfectly normal, beyond any suspicion.

Dr. Marcel Petiot was one of those psychopaths who wore the mask of sanity in order to  prey on more than 150 men, women and children desperate to escape Nazi-occupied Paris.

On March 11, 1944, police were called to investigate foul-smelling smoke pouring from the chimney of an elegant private house near the Arc de Triomphe. In the basement of 21 rue Le Sueur, they made the first of many gruesome discoveries: a human hand 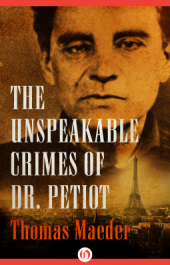 dangling from the open door of a coal-burning stove.

Proceeding to the rear of the home, detectives found rib cages, skulls, and internal organs strewn across the floor and large piles of quicklime mixed with fragments of bone and flesh. Were Hitler’s henchmen responsible for the carnage? Or was it the work of French Resistance fighters purging Paris of traitors and German spies?

As the investigation unfolded, a more sinister possibility emerged. The building’s owner, Dr. Marcel Petiot, was a handsome and charismatic physician whose past was littered with bizarre behavior and criminal activity. When he was finally captured eight months later, Dr. Petiot claimed he was a loyal member of the Resistance who helped kill Nazi collaborators. Prosecutors charged that he was a sadistic mass murderer who lured at least twenty-seven innocent people to their deaths with promises of escape. Estimates of the actual number of his victims ran as high as 150.

Thomas Maeder reconstructs one of the twentieth century’s most cruel and disturbing murder case from the first stages of investigation to the sensational trial. The Unspeakable crimes of Dr.Petiot is a compelling reading about one of the most brilliant yet sadistic mind ever known.

Brad and Hindley: Genesis of the Moors Murders, by Fred Harrison

You can call them psychopaths. You can call them crazy. Still -after all these years- you can’t make sense of their behaviour. What brought a young couple to commit multiple gruesome murders  will probably remain beyond rational comprehension. 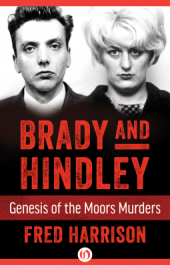 Between 1963 and 1965, Ian Brady and his lover and partner, Myra Hindley, were responsible for the abduction, rape, torture, and murder of five young victims. The “Moors Murders” -named for the desolate landscape where three of the corpses were discovered- are one of the most horrific and shocking killing spree in British history.

Fred Harrison faced the devil -Ian Brady-  on a  face-to-face prison interview, and this book is in part based on that experience. Digging deeply into Brady and Hindley’s personal histories, Harrison examines the factors that led to their mutual and dangerous attraction and what brought them to lured boys and girls into their trap, desecrate their innocence and bury their bodies on bleack windswept moors.

While Ian was the true psycho, Myra was the victim of a condition psychiatrists call Folie à Deux, she shared Ian’s insanity and  adapted her persona to perfectly blend with his. Together they were simply lethal.

True Crime books examine tragedies that are so horrendous they remain cheseled on the collective psyche of a nation long after the perpetrators are gone.  Murders, serial killers, sadists, pedophiles rise great interest and curiosity, but what do we really know about them? Why they commit murders? What motivates them to kill? Can they blame it on the brain just pleading insanity defense?

After years spent studying crimes and perpetrators what I know is that what makes us different from the cruelest serial killer is a fine, subtle line made of where we come from, our backgrounds, education…It’s as simple as that. We all have a faint evil vein running through our bodies. For someone its pulse is just too strong to be ignored.

When I walk into a bookstore, the first place I go is the TRUE CRIME shelves.  As a matter of fact I have a pretty strong background in criminal justice and

criminology myself, I am a true crime enthusiast and a serial killer junkie.

So when I saw James Renner’s new book “True Crime Addict” I knew I had to have it! No kidding! Renner is probably one of the best true crime journalist I have ever read. His prose is honest, sincere and he’s not afraid to write the truth.

James Renner’s obsession with true crime began when he first saw a missing girl -Amy Mihaljevic- on a poster all over his neighborhood. That obsession leads James to a successful career as an investigative journalist.

In 2004 Maura Murray, a UMass student, went missing after wrecking her car in rural New Hampshire.  In 2011 James began his investigation, he uncovers numerous important and shocking new clues about what may have happened to Maura, but also finds himself in increasingly dangerous situations.

An absorbing, addictive accounting of one of the most complicated mysterious disappearance in America.

Morgue. A Life in Death, by Dr. Vincent DiMaio and Ron Franscell

Coming from ancient greek the word autopsy (αὐτοψία) -literally “to see for oneself”-  has been used since the 17th century for a surgical procedure that consists of a scrupulous examination of a dead human body to determine the cause and manner of death and to evaluate any disease or injury that may be present.

Ancient Egyptians -probably around 3000 BC- were one of the first civilizations to remove and examine the internal organs of humans in the religious practice of mummification. But in many other societies autopsies were forbidden, as it was believed that the disfigurement of dead persons prevented them from entering the afterlife.

Beside culture and religious beliefs, autopsy has an essential role in criminal investigations. Veritas numquam perit (truth never perishes) Seneca wrote, and Dr. DiMaio devoted his life to find it.   With 40 year experience and more than 9,000 autopsies done he is one of the country’s most methodical and intuitive criminal pathologist.

From the pen of one of the best crime writer Ron Franscell and Dr. DiMaio’s memories comes a fascinating life story behind the morgue doors, through the cases that have made DiMaio famous -from the exhumation of assassin Lee Harvey Oswald to the complex issues in the shooting of Florida teenager Trayvon Martin.

Every man’s life ends the same way. It is only the details of how he lived and he died that distinguish one man from another.

A Journey to Justice in Prisons Around the World, by Baz Dreisinger

What does losing your freedom means in Africa, Thailand, Brazil, Australia, Singapore and Norway?

When an English professor, criminal educator and criminal justice activist embarks on a 2 year pilgrimage to prisons around the world what you have is an astounding collection of stories and memories, that will make you ponder if our justice system is really working.

Either if you are a student or you work in the justice field this is a book worth reading.

“Here there is a world apart, unlike everything else, with laws of its own, its own dress, its own manners and customs, and here is the house of the living dead – life as nowhere else and a people apart.”

– F.M. Dostoevskij – The House of the Dead

“We could all say that we’re never gonna commit a crime. But we can never guarantee that someone will never accuse us of a crime.And if that happens, then, good luck in this criminal justice system.”

I am looking for…

Join Me at The Serial Readers Book Club on Goodreads 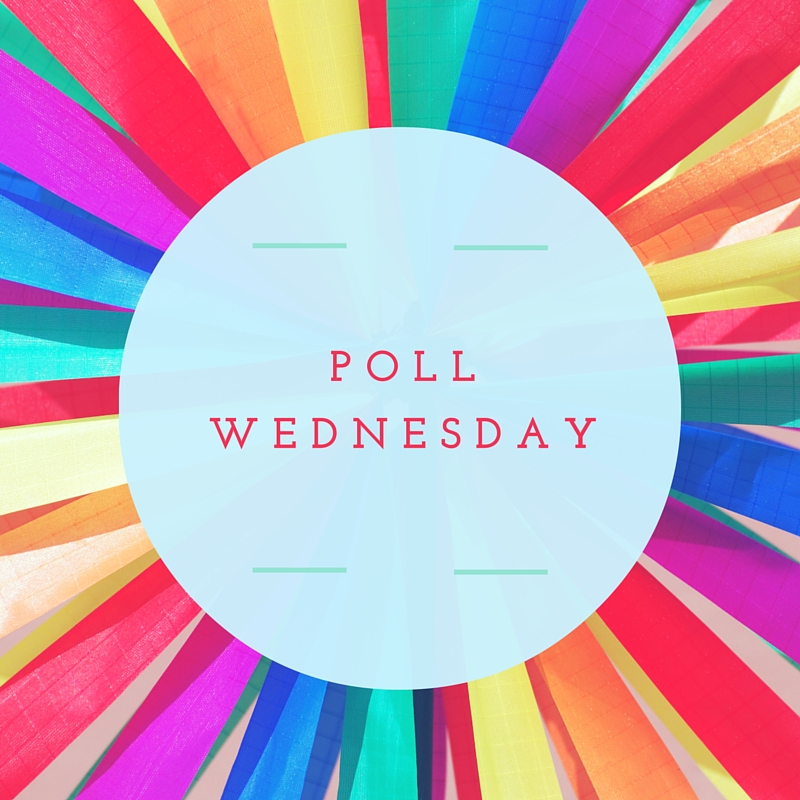 Books of the Week 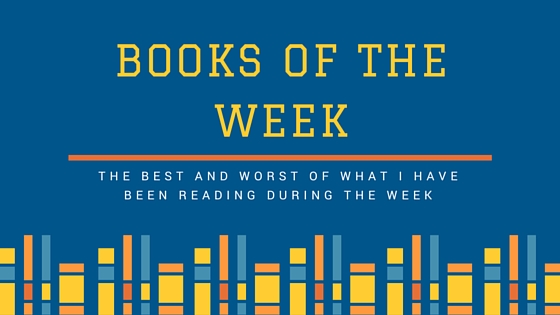 Per the FTC regulations, please note that The Serial Reader does receive books for review for free by authors, publicists, publishers, and third parties such as NetGalley and Edelweiss.

In order to support the economy, The Serial Reader is a major book buyer herself. Books bought with her own money will also be reviewed here.

The Serial Reader is a participant in the Amazon Service LLC Associate Program, an affiliate advertising program designed to provide means for sites to earn advertising fees by advertising and linking to Amazon.

Under every review posted you can find links to the book reviewed. If you buy it through that link, I actually get a small percentage of the sale.

And when I say "small" I mean "no, I'm not gonna move to the Bahamas because of that".